Cryptocurrency Mining: Is It a Profitable Business?

Home>Blog>Business>Cryptocurrency Mining: Is It a Profitable Business? 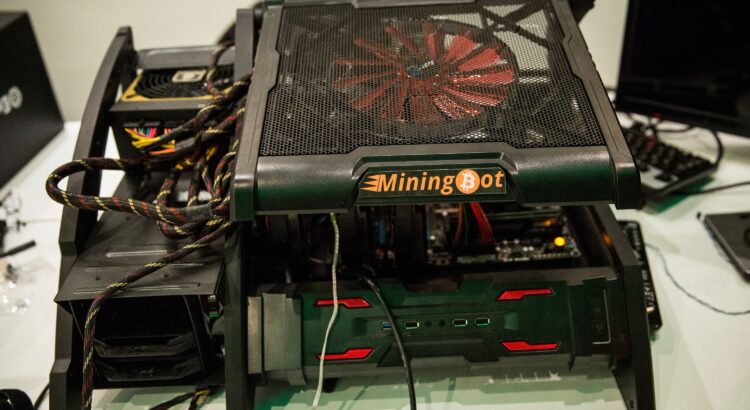 The first-ever modern cryptocurrency, Bitcoin, is regarded as a means of exchange to combine user anonymity, record-keeping through blockchain, built-in scarcity, and decentralized control. Bitcoin emerged in 2008 when Satoshi Nakamoto, a pseudonymous entity, outlined and published the idea. Soon enough, Bitcoin was released to the public for the first time in early 2009. A community of supporters started mining and exchanging the currency. The cryptocurrency has grown rapidly, earning significance both online and offline. After the rise of Bitcoin, other similar cryptocurrencies began appearing as well.

What is Cryptocurrency Mining

Cryptocurrency mining or Bitcoin mining is the action of earning bitcoin in return for conducting the verification process that can allow you to validate bitcoin transactions. You can get security for bitcoin networks from these transactions, which can ultimately compensate miners by providing them with their bitcoins. Bitcoin mining is essential to help bitcoin networks run. These miners may gain profit if bitcoin prices go beyond the cost to mine. The top miner that can solve a problem will be given a reward taken from every commission for all the transactions added to the block. Along with this, a fixed block reward is given, which is the only way to create new Bitcoins.

The Profitability of Cryptocurrency Mining

Now the essential question would be, “Is Bitcoin mining still profitable?” The answer to that question largely depends on several factors. The difficulty of cryptocurrency mining is continuously increasing, and the total hashing power is becoming greater over a period of time. Consequently, investments in mining are still coming in while miners are carrying on with their work. Several factors need to be considered when looking at the profitability of cryptocurrency mining. Some of these are the price of the mining hardware and its efficiency, the price of electricity, the current and future mining difficulty, and bitcoin’s price today and in the future. But as long as you can achieve a cheap, electricity-efficient yet effective cryptocurrency mining device through strategic PC building, you can be a productive and profiting miner.

Primarily, bitcoin can offer a dependable means of exchange without involving the direct control of national banks. This can be beneficial for individuals concerned with quantitative easing, near-zero inter-bank lending rates, and more loose monetary policies that may eventually lead to economic instability.

Another thing is that almost all cryptocurrencies are built-in for scarcity. This means that bitcoin and cryptocurrencies, in general, are extremely precious as they might be able to offer inflation protection. This increases its value immensely.

Cryptocurrencies also enable self-policing communities. Its built-in quality control and policing mechanism are possible through mining. Miners are accurately paid for how much effort they provide. Therefore, they are motivated to deliver quality work that secures the integrity of the system and the value of the currency at the end of the day.

Furthermore, cryptocurrencies enable strict privacy protections to avoid leaking any personal accounts, information, or stored data that can easily reveal their identities. New and improved cryptocurrencies after the establishment of Bitcoin also include extra protections making it more difficult to penetrate the system.

Lastly, one can effectively resolve the double-spending problem through the concepts of private keys, blockchains, and wallets. This can ensure that the new cryptocurrencies are not being used in the wrong way by digital-savvy wrongdoers. The security features that come with cryptocurrencies can also eliminate the need for Visa or Paypal to verify each electronic financial transaction. Also, international transfers are costly most of the time. Occasionally, some fees exceed 10% or 15% of the amount that is being transferred.

To answer the question regarding the profitability of cryptocurrency mining—yes, bitcoin mining is still profitable even today and doesn’t show any signs of disappearing just yet. It would be best if you considered a lot of factors since these considerations can either make or break your business. The most important thing to remember is that you should figure out the most effective strategy to help your business progress. This is to ensure that you’ve taken every step to protect it. The circumstances may even improve if ASIC mining hardware innovation can achieve the point of diminishing returns. Not only that but if you can access affordable and sustainable power solutions, Bitcoin mining profitability might skyrocket.